This event is a team based Player versus Player (PvP) event in which teams can declare war on each other. The teams will then skirmish for 50 minutes. Each team has a Flag Bearer and a Sentry which will boost their team's attacks. 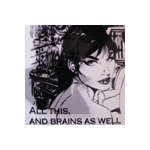